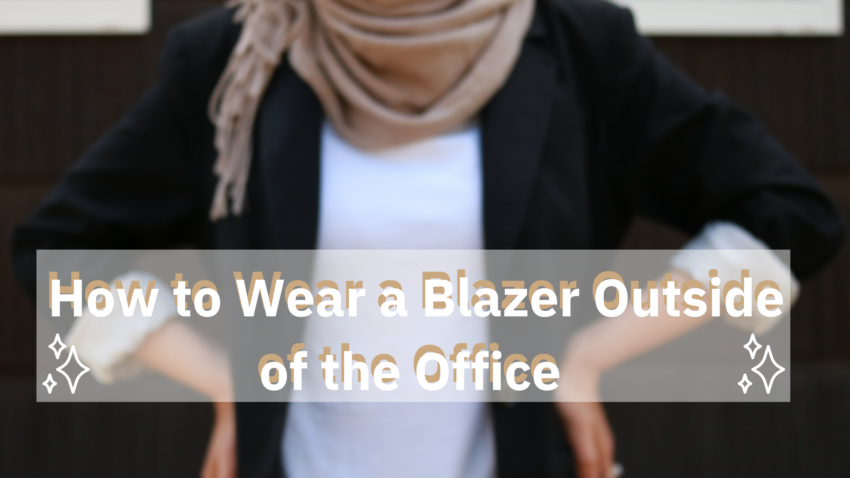 How to Wear a Blazer Outside of the Office

I have been on a blazer kick lately and I LOVE that these things have become trendy for everyday wear. Blazers are the best, and they deserve to be worn in more than just formal settings. It’s the ultimate respect-demanding, confidence-boosting, powerful-power statement a girl can make. Putting on a blazer just makes you feel more stronger. Honestly can’t think of anything better.

After WWII the US started inching more towards casual clothing , by loosening it’s tight grip on formality. People still dressed really nice back then, but they allowed themselves to break free from some of the restrictive norms that dominated fashion at the time. Yeah, we’ve come a LONG way since. Wearing jeans used to be considered “casual” and now? So many people prefer leggings or sweatpants that jeans are sometimes “formal”. Isn’t that just crazy??

So that’s why I was surprised when blazers– usually a formal piece– became mainstream in everyday wear. Not sure how that happened, but I hope that means society’s shifting backwards towards dressier times. As someone who doesn’t own sweatpants, that would be a DREAM. Probably won’t ever see that happen, but a girl can hope!

With that said, here’s five ways to style a blazer outside of the office:

1) Elevate your t-shirt and jeans. Denim and tees go perfect together, but add a blazer to elevate the look. This makes you feel so much more put-together and the blazer really brings the the entire outfit together.

2) Throw it over a romper. Most rompers have straps instead of sleeves, so they can get chilly without another layer over or under. Try adding a blazer, which makes the romper look so much snappier. It seriously makes it look like you mean business!

3) Style with a skirt. This is such a fun way to boost your outfit and give it a little something-something more. I chose to do a denim skirt, but this would also look great with other types like a bubble or or a button down skirt.

4) Add it to a dress. Some dresses really go from good to great when you add a blazer. It gives you more dimension by adding another layer and makes everything look so much more put-together.

5) Pair with a tuelle skirt. Carrie Bradshaw definitely invented this look and you can totally re-create it yourself! If you don’t have a tuelle skirt- DEF recommend getting one because these things are so much fun to twirl in and make you feel like such a feminine force. It’s insane how fun these are!